The state or quality of having or producing clear visual definition.

What does it mean to truly focus…to give your undivided attention to one thing and one thing only to maximize productivity and decrease stress? Odds are, the vast majority of individuals have not experienced a moment of true focus. This isn’t a negative thing, we’re busy and bombarded with many distractions, tasks, and thoughts regarding things beyond the “now.” However, according to a 2005 study done by a professor of informatics at the University of California, Gloria Mark, after only 20 minutes of uninterrupted performance, “people reported significantly higher stress, frustration, workload, effort, and pressure.” 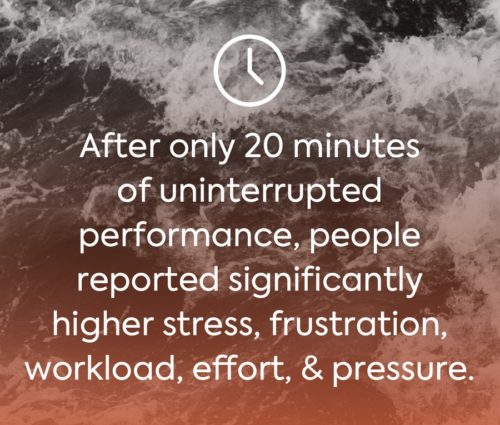 Surprisingly, multitasking actually decreases productivity instead of boosting it. The average individual switches tasks every 12 or so minutes, and people lose a significant amount of time switching between tasks. In fact, according to a study by researchers from the University of California Irvine, “Workers took an average of twenty five minutes to recover from interruptions such as phone calls or answering emails and return to their original task.” The study went on even further to say that multitasking costs the U.S. economy $650 billion a year in lost productivity.

But what does loss in productivity really mean? It seems to be a general phrase that is thrown around in corporate meetings to scare executives, but it has very real and very tangible consequences. Productivity killers can lead to negative influences for any organization, where the following percentage of individuals found the following consequences:

How do we curb the effects of lost productivity and move more into the realm of optimizing time spent at work? How do we ensure our employees are actively engaged and ready to tackle the day with minimal distractions?

The ability to focus is key to a successful role within an organization, it requires dedication and willpower, but is linked to all types of thinking from perception to memory, learning and reasoning, to problem solving and decision making. 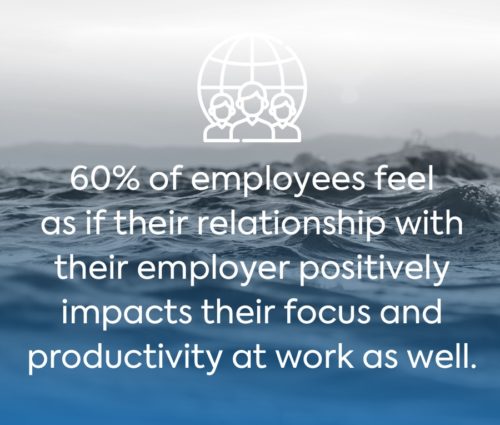 A study by Gensler found that “A balanced workplace (one that emphasizes both the importance of individual work as well as collaboration) was the most productive, and that for collaboration in the workplace to be effective, employees still need to be provided with a workplace in which they can focus.” Workplaces with distractions, which isn’t uncommon in new, open-concept office layouts making waves in multiple industries, lead to the inability to focus on tasks of any size.

But, it’s when employers implement engagement strategies to keep employees actively participating in their day-to-day work, that tremendous results have been seen. There is a distinct correlation between employee engagement, productivity, and performance. A study from Florida State University found that productivity and performance are at their peak during 90-minute uninterrupted intervals where individuals are limited from distractions and multitasking.

That’s not all, though, regarding employee engagement and productivity. Only 20% of individuals reported being able to focus on only one task at a time, but of those who can experience feeling 50% more engaged with their workplace. 60% of employees feel as if their relationship with their employer positively impacts their focus and productivity at work as well. Even more astounding is the eventual correlation between engagement and retention where employers saw an 87% increase in employee retention with an increase in employee engagement.

To what extent will executives, board members, managers, and even general employees recognize that lost productivity isn’t a scare tactic to boost employee moral and understand the effects of increased focus in day-to-day tasks? Once an organization embraces this concept, they can begin to focus on employee engagement, employee retention, and an overall sense of heightened morale that can be attributed to increased productivity.

Stats On the Importance of Focus within the Workplace: 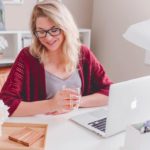